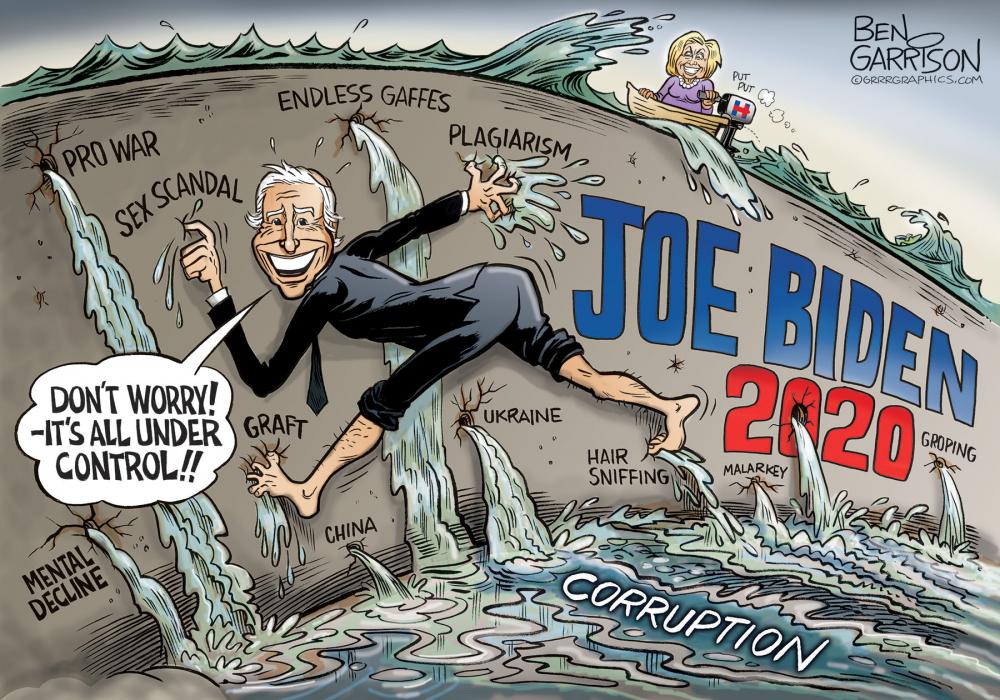 Joe Biden embodies the worst in politicians. For decades he has been a political prostitute out to further his own career and power first and foremost. He pretends to be ‘lunch bucket’ Joe who is out to help the working man, but he supported NAFTA and TPP and ‘free trade’ deals that hurt American working people by sending their jobs overseas—mostly to China.

Joe was recently interviewed by Mika, the co-host on ‘Morning Joe.” She eviscerated him over sexual assault allegations brought against him. Joe came across as a bumbling and defensive hypocrite. Why are the mass media turning on Joe? Because they know he’s not fit to go up against President Trump. His record, his age, his scandals, and his mental deterioration will be disastrous for the party. The media always supported Hillary, but they seem to be turning on Joe.

This may be intentional. The Democratic Party will leverage Joe’s unelectable state as an excuse to switch to a more viable candidate.

Get ready for another run by Hillary Clinton.