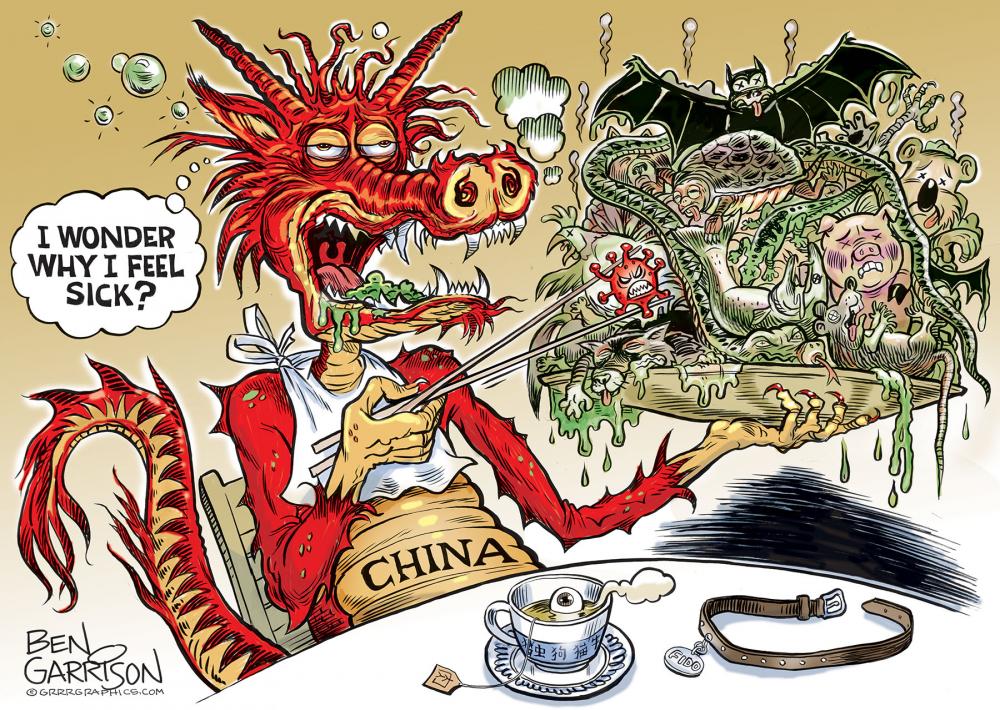 #Chinatradedeal China’s President Xi Jinping has warned that the ‘coronavirus’ is spreading even faster than before. Millions are quarantined in several cities. Was it a bio-weapon released by accident? Did it occur when the virus mutated and jumped among various animal species?

The Chinese eat a great variety of animals, which can be found in ‘wet meat’ markets throughout the country. Various viruses can mutate and jump among species and then get transferred to humans. The Chinese authorities themselves say it could have originated at a seafood market where illegal transactions of wild animals were occurring.

Such wet markets offer a mix of a great many species including crocodiles, ostriches, donkeys, kangaroos, snakes, badgers, peacocks, camels, salamanders, wolves, koalas, dogs, cats, turtles and incredibly enough, bats! Apparently some people in China will eat just about anything.