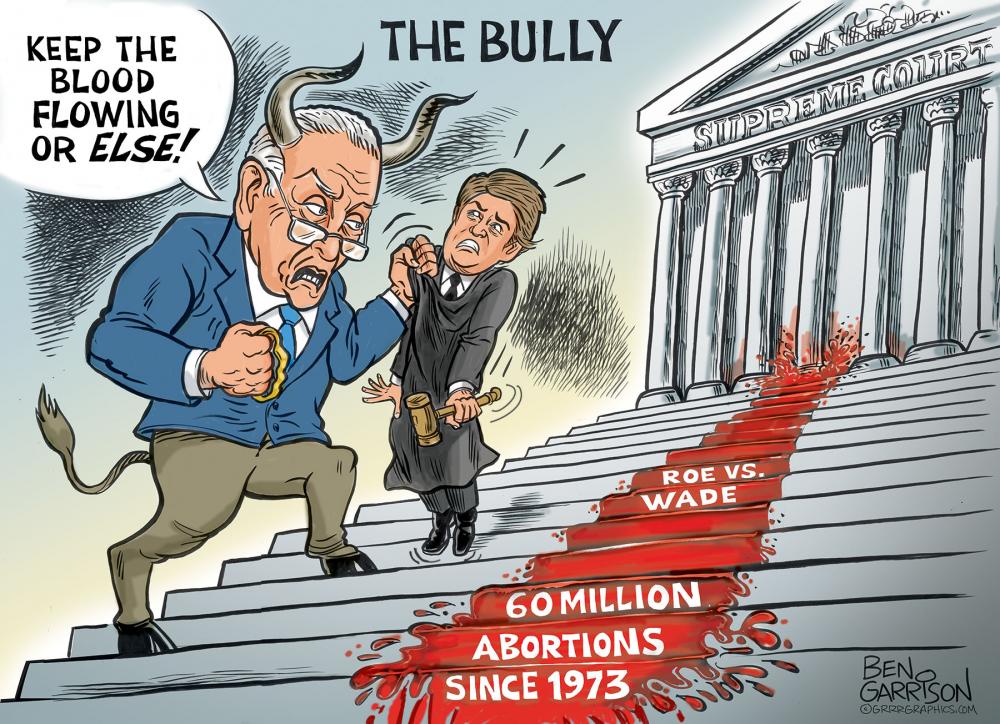 What? Schumer Threatens The Supreme Court Justices During a speech delivered on the steps of the Supreme Court, Senator Chuck Schumer threatened conservative Supreme Court justices Neil Gorsuch and Brett Kavanaugh. Both were appointed by President Trump. He warned them not to attack a woman’s ‘right to choose.’ In other words abortion. Here is his quote: “You have released the whirlwind, and you will pay the price. You will not know what hit you if you go forward with these awful decisions.” Trump asked that Schumer be impeached for making such a blatantly violent threat. Chief Justice Roberts also denounced Schumer. I doubt anything will happen to him. Democrats such as Schumer are above the law, but even CNN condemned his threat. Of course, they immediately said Trump has said similar things. The president hasn’t—otherwise CNN would have stated them. Click here to finish reading only at GrrrGraphics…