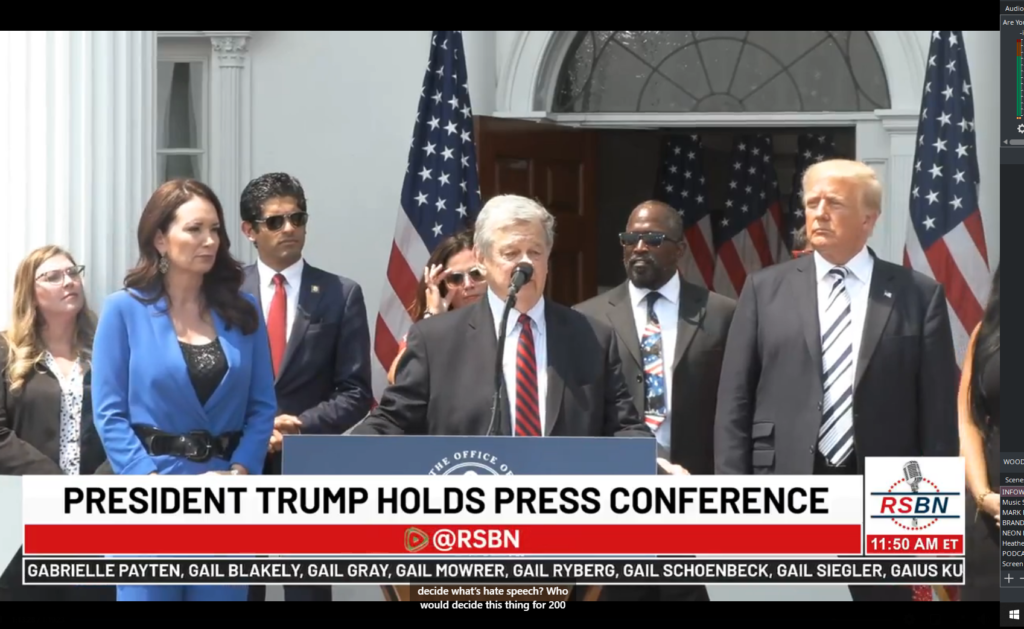 Former President Trump is leading a class-action lawsuit against Facebook, Twitter and Google, as well as their CEOs, over allegations of censorship after the companies took action to ban and suspend his accounts.

“Our case will prove this censorship is unlawful, it’s unconstitutional and it’s completely un-American,” Trump said Wednesday from his golf club in Bedminster, N.J.

The legal action comes after the former president was permanently banned from Twitter and suspended from Facebook for at least two years over posts made in response to the Jan. 6 riot at the Capitol.

Legal experts who spoke to The Hill described the case as frivolous, predicting that it will almost certainly be dismissed in court because private companies are not subject to comply with the First Amendment, upending the basis of the complaint’s argument.

“There’s all sorts of issues that you and I may talk about over the years and say, ‘this is a gray area, it could be argued either way’ or ‘it was pretty clear here but you know you never know.’ In this instance, this is one of those basic principles of constitutional law — private entities don’t have to comply with the Constitution,” Erwin Chemerinsky, dean of Berkeley Law, told The Hill.

The lawsuit was filed in the U.S. District Court of the Southern District of Florida.

Trump said it will be the first of “numerous” other lawsuits aimed at holding “Big Tech” accountable.

The lawsuit is backed by the America First Policy Institute, a nonprofit focused on promoting the former president’s policies.

The complaints argue the platforms have “increasingly engaged in impermissible censorship resulting from threatened legislative action, a misguided reliance upon Section 230.”

Section 230 of the Communications Decency Act is a controversial provision that gives platforms a legal liability shield over content posted on their platform by third parties. Trump also sought to repeal Section 230 during his time in office.

Trump said Wednesday the lawsuit will aim to “at a very minimum” change the protections platforms have under Section 230, and “at a maximum” take it away.

The complaint argues the platforms threaten “potentially every citizen’s right to free speech.”

Similar GOP-led efforts to prohibit social media companies from enforcing their policies against politicians have been blocked by courts, most recently by a judge blocking a Florida law.

Tech industry groups have pushed back on such efforts.

Chamber of Progress, a tech group that lists Facebook and Twitter among its corporate partners, slammed Trump’s suit against the CEOs on Wednesday.

Bringing People Together to build teams of video and audio podcasters/broadcasters across a wide cultural spectrum focused on freedom.
Always like and follow INFOWIND https://www.facebook.com/Infowind.co AND SIGN UP AT https://www.infowindnewnews.com/join-our-team/ MESSAGE US THERE FOR MORE INFORMATION ON OUR MEDIA COLLABORATIONS.

We do not believe in leadership, we believe in US and YOU. A Value for Value System

Unlike “Crowd Sourcing” of existing news information to a specific brand or org, we create portals and administration opportunities for all “like minded” freedom seeking individual humans on the planet.
Email : info@woodwindmg.com