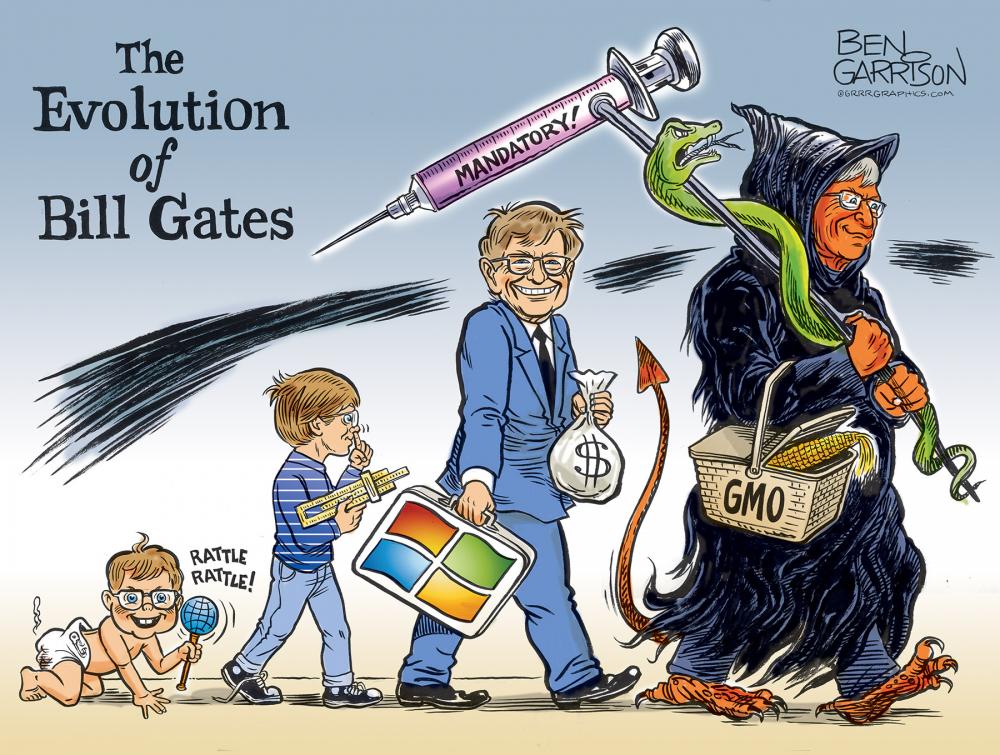 Bill Gates is not a virologist. He’s not a medical doctor. He doesn’t even have a college degree. Yet through his foundation, he owns and controls vaccine makers, as well as patents on viruses including the coronavirus. He owns pharmaceutical companies. He controls medical organizations and their stooges do his bidding.

Bill’s father headed Planned Parenthood and was friends with one-world government billionaires such as George Soros and David Rockefeller. They were all eugenicists in favor of population reduction. Bill clearly stated he could reduce world population through vaccines. Sterilization elements have been put into his vaccines and jabbed into the veins of hapless African victims. His polio vaccine was used in India—often without consent—and it caused polio and many deaths.

Bill Gates expects us to march lockstep, submit to mass media brainwashing, and demand whatever vaccine he will roll out.