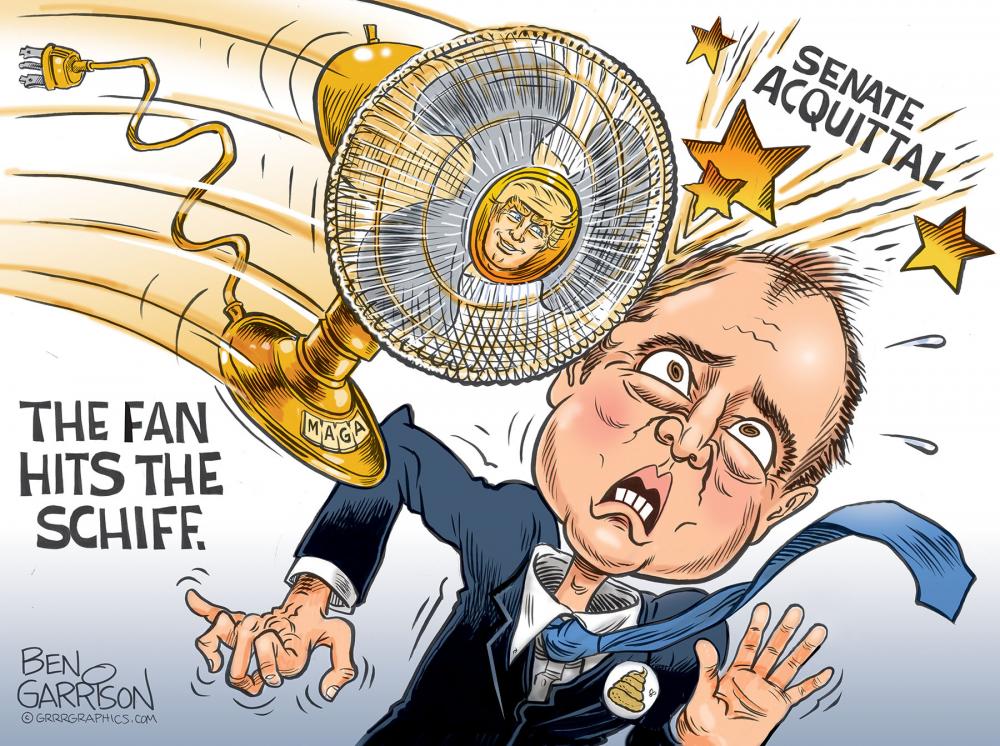 The Senate has voted against calling any further witnesses.  Of course, Romney and Collins voted with the Democrats to prolong “Impeachment Hell” by asking for more witnesses like John “Buy My Book” Bolton.

The Impeachment “Schiff Show” is about to end. President Trump’s acquittal vote will take place on Wednesday.  President Trump WILL be acquitted and the Democrats will fail once again in their attempt to remove a lawfully  elected President.

This impeachment is a partisan sham carried out by sociopathic House leaders whose obvious hate of our president is more than palpable. They wanted him impeached from day one. With their weak field of candidates, they know they will lose in November and so they resorted to impeachment in the hope it would keep our president from getting re-elected.. Shame on the Democrats, but they know no shame.