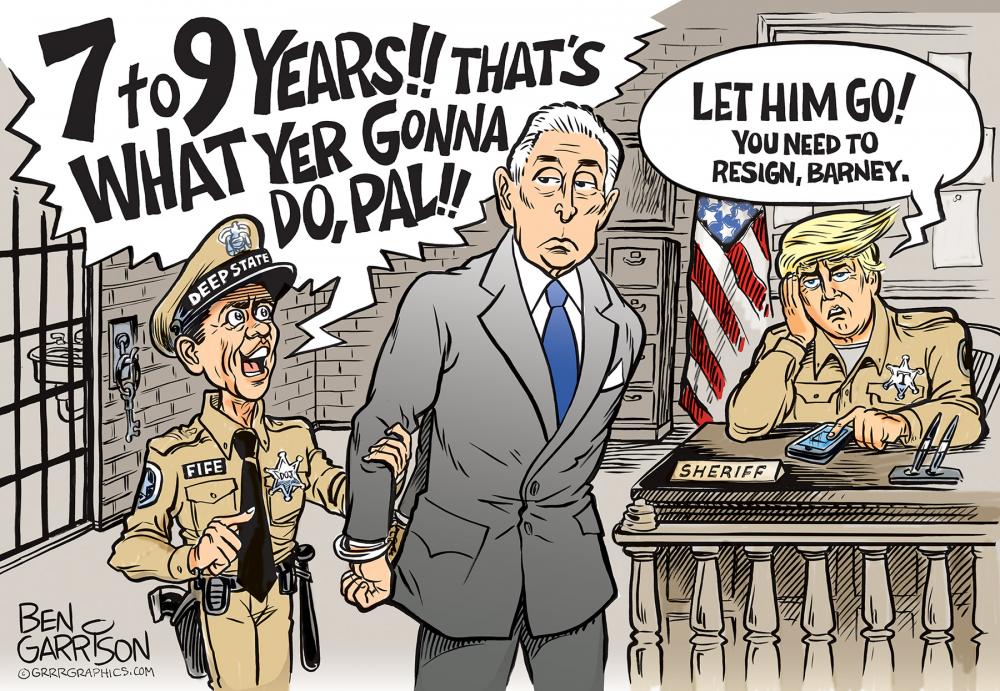 Four of Robert Mueller’s Deep State Prosecutors have resigned after recommending a 7 to 9 year sentence for a 67 year old man. Trump called out the obvious partisan abuse of power directed at Roger Stone.

Mueller’s Russia witch hunt began, which ended up costing our nation years of wasted time and millions in tax dollars. Mueller made sure he extracted revenge for Hillary by arresting Roger Stone. The special prosecutor put on a big show, too. Roger’s early morning arrest involved dozens of heavily armed FBI men. CNN was tipped off and they were there to capture footage of the humiliation. They wanted to make a big deal out of handcuffing the ‘bad man.’