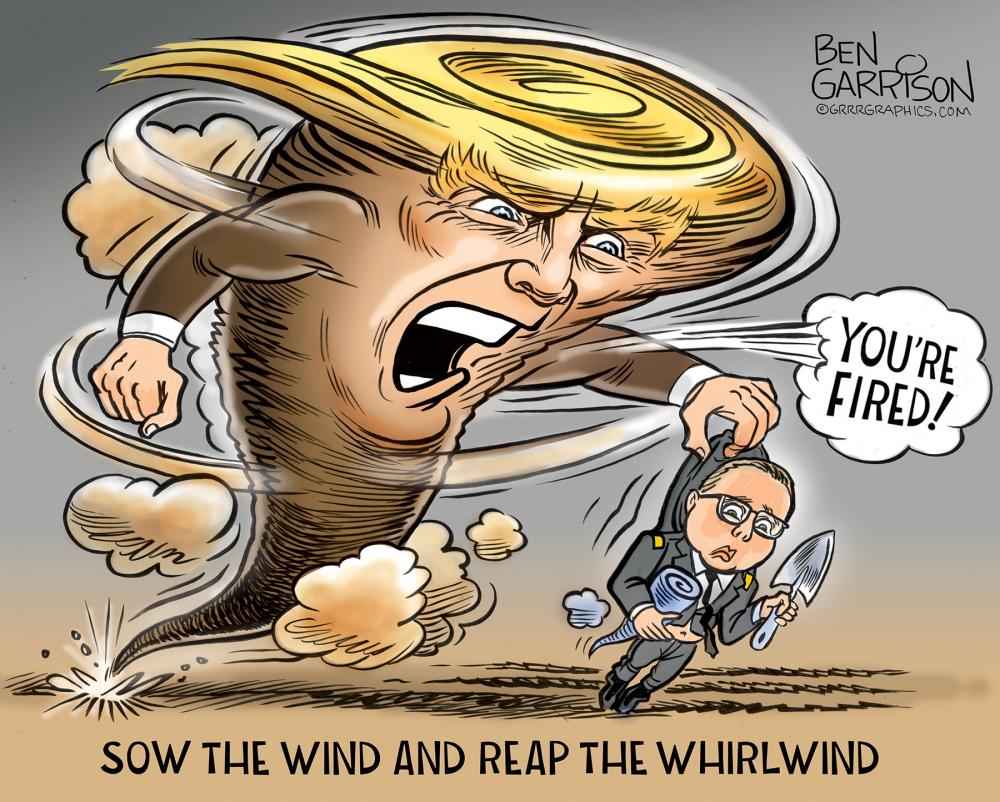 Lieutenant Colonel Alexander Vindman, who testified against President Trump during the House Impeachment hearings, was fired. Naturally the anti-Trump mass media was outraged, but that was to be expected. They’re perma-outraged by Trump no matter what he does or doesn’t do.
His twin brother Yevgeny, who also worked as a lieutenant colonel for the U.S. Army, was allegedly escorted out at the same time.

Vindman sowed the wind and he reaped the whirlwind.

Ambassador to the European Union Gordan Sondland announced Friday that he was being recalled from his post by President Donald Trump.